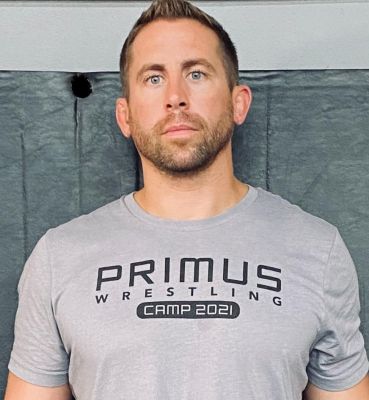 Jake Lininger was a 1999 Graduate of Lower Dauphin High School.  He was a 2-time State Qualifier and a 1999 PIAA State Runner-up.  He was a member of the 1999 Pennsylvania Team for the Dapper Dan/Pittsburgh Wrestling Classic helping the PA Team to a victory over the US All-stars.  He was a 1999 InterMat Magazine HS All-American.

Jake wrestled collegiately at the University of Pittsburgh from 1999-2002.  He was a member of the 2001 Amateur Wrestling News Division I All-Rookie Team.  He qualified for the 2002 NCAA Division I National Championships in Albany, NY. He then transferred to the University of Minnesota for the 2002-2003 year.  He was a part of the 2003 Big Ten Team Champions.  Lastly Jake finished his career at Shippensburg University in the 2005-2006 year.  He was a NCAA Division II Individual All-American taking home 3rd place honors.  In addition, he helped his team to their highest finish in School History as they finished 3rd at the NCAA Championships.  Jake had a career Collegiate record of 102-34.

Jake transitioned to coaching as he was a High School Assistant Coach at Big Spring High School for 2 years, Cumberland Valley High School for 4 years and Lower Dauphin High School for 2 years.  During those stints he was able to coach many state place winners and a State Team Runner-up. He also was an assistant coach at Shippensburg University for 2 years having coached 3 All-Americans.  Jake resides in Dillsburg, PA with his wife Katie and his sons Jackson, Jacob and Judah as well as his daughter Sara.

Having been involved with wrestling as a competitor and coach for over 30 years Jake leans on the many positive experiences and life lessons this great sport can provide when engaging with wrestlers of all levels.  He is excited to give back to the area by providing relevant high level wrestling technique to wrestlers from Dillsburg and beyond through Primus Wrestling at The Factory Dillsburg.