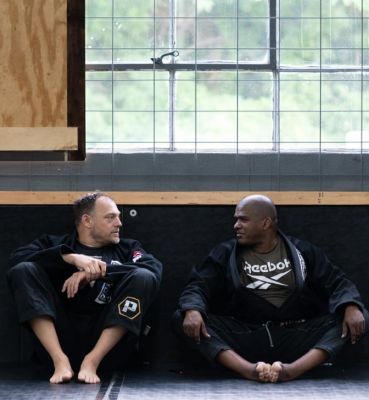 Jeff Galino is a Brazilian Jiu Jitsu Black Belt under Ademir Oliveira of Team Oliveira SAS Team. The SAS Team is a lineage of Master Francisco Sa, a BJJ Red Belt known for his morals and honor within the art of Brazilian Jiu Jitsu. "Sahzino" Sa, son of Francisco and Professor to Ademir Oliveira, carries forward his father's legacy through the SAS Team, home to many high level BJJ competitors and practitioners.

Jeff received his Black Belt from Ademir in July of 2019 after 13 years of training under Ademir. He has taught in some fashion since his blue belt and was a competition grappler earlier in his career. Jeff's competition history includes the IBJJF Pan AMs, NY Open, NJBJJF Opens, as well as many other local competitions.

His style is influenced by many practitioners... a student of the art, Jeff has travelled throughout the country to train with, and study under some of the highest level competitors in the sport.

The Primus BJJ school will be a place that builds a love of the sport and trains people to use BJJ as an avenue for personal growth, a conduit for enjoyment in exercise, and a foundation to build character. His aim is to train up young men and women to use the art to positively impact the lives of those they encounter, build high level competitors that carry a successful pattern of character into their personal lives, and bring all members into a healthy enjoyment of movement into their older years through Brazilian Jiu Jitsu.