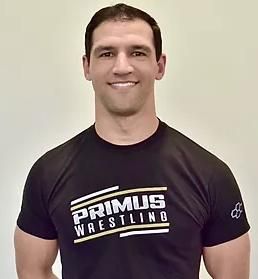 Ryan Stephenson was a 2007 graduate of Northern York High School in Dillsburg, PA. He was a 3-year starter on the wrestling team, where he accumulated over 85 wins and helped the team achieve two division titles. Upon graduation, Ryan played football at Lebanon Valley College before transferring to Kutztown University to wrestle, which was unfortunately cut short due to injury.

Ryan began his wrestling coaching career as a senior in college (2011) as the High School Assistant Coach at Hershey HS.  During his three-year tenure, he helped coach the team to its first ever appearance in the District III Team Championships.  Ryan then made the move back home to his alma mater, Northern York, as a High School Assistant Coach and eventually Junior High Head Coach.  After three seasons, Ryan decided to join the staff at Cedar Cliff HS, where he helped coach multiple District Champions and State medalists, in addition to three District III Team Championships.

Ryan resides in Dillsburg with his wife, Natalie, and two children, Rohen & Delaney.  He is excited to give back to his hometown by providing introductory training and fundamentals to our Novice wrestlers, ages 3-7 through Primus Wrestling at The Factory Dillsburg.