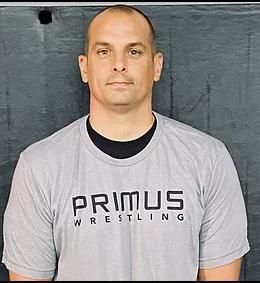 On the football field Jody was a 2x All-Conference 1 st team defensive lineman and a member of the 1999 Thanksgiving Day All-Star Game. During that time he was awarded Northern Football’s Outstanding Defensive Player.

Jody played college baseball at Potomac State College of West Virginia University as a starting catcher. In 2001 Potomac State finished 33-9, were Region XX champions, and finished one win shy of the National Junior College Athletic Association World Series. He was also a member of the U.S. Military All-Star Baseball Team from 2009-2013. During that time he traveled the United States and Japan playing against professional and collegiate teams, as well as coaching and running clinics.

Jody resides in Wellsville with his wife Jillian, daughter Paige, and son Penley. In 2008, Jody joined the United States Air Force and has had the opportunity to travel the world as a Supply Technician. In that time he has had the unique opportunity to work with young athletes around the globe while coaching multiple sports. He enjoys working with young wrestlers and is happy to give his time back to a community that he loves.