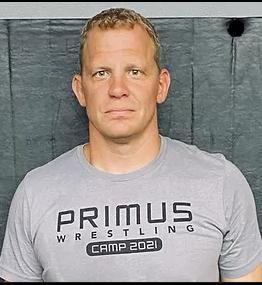 Dave graduated from Cumberland Valley High School in 1996 and is a 2000 graduate of
Villanova University. While at CV Dave was a three-year varsity letter winner as a football

player, as well as a four-year Varsity letter winner in wrestling.

On the football field Dave played on both sides of the ball. He was a Mid-Penn League 1st
Team Linebacker in both his Junior and Senior seasons. As a senior Dave was a First Team
Fullback, First Team Linebacker as well as Mid Penn Defensive Player of the year. Dave was
also named to the Associated Press (Large School) 1st Team All State Defense his senior year.
The Carlisle Sentinel named him as one of the area’s top linebackers his junior season and was

chosen as the Player of the Year his senior year.

As a wrestler, Dave was four-year starter for Cumberland Valley from 1992-1996. His high
school record was 111-17 and he became the first wrestler at Cumberland Valley to reach 100
wins. He would Co-Captain the wrestling team in both his Junior and Senior years. Dave was a
PIAA State Qualifier as a sophomore, junior & senior as well as a 2X District 3 Champion. In
the PIAA State Wrestling Tournament Dave was a 2X finalist and in 1996 he became
Cumberland Valley’s 4 th PIAA State Champion at 189 lbs. Dave was also a Cadet All American
in Freestyle/Greco Roman Wrestling. In all of his final three seasons he was named a Mid-Penn
1st Team All Star and to the Patriot News Big 13 Team. After his senior season on the mat, the
Carlisle Sentinel named Dave their Wrestler of the Year as well as the 1996 Male Athlete of the

Dave would continue his athletic career when he received an athletic scholarship to play football
at Villanova University. While at Villanova he would be a become four-year starter at
linebacker as well as being named to the Atlantic 10 All-Conference Team as a senior. In his
first college game against Rutgers Dave earned Atlantic 10 Conference Rookie of the Week and
as a senior was the recipient of the Villanova Coaches Helmet Award for “Hard work,

After graduating from Villanova with a degree in Secondary Education, Dave would use a fifth
year of eligibility to attend Penn State University and join the Penn State wrestling team while
earning his M.A. Degree in Education Administration. Dave would win the team award for the
senior with the most wins while posting a 23-11 record. Dave was honored as the Eleventh Man
Award winner for “Leadership and Dedication” and he was named to the All-Academic Big Ten

Dave has coached 55 Sectional Champions, 24 District 3 Champions and has had 62 of his
wrestlers Qualify for the PIAA Wrestling Championships. He has coached four of his wrestlers

to PIAA State Wrestling titles. He has also coached 5 NCAA Division 1 wrestlers who have

competed in the NCAA Division I Wrestling tournament.

Dave is in his 20 th year as a Social Studies teacher and coach at Cumberland Valley High School
and currently resides in Mechanicsburg with his wife Casey and daughters Emma and
Samantha. He is looking forward to taking this next step in his coaching career by joining

the Primus Wrestling team at The Factory Dillsburg.