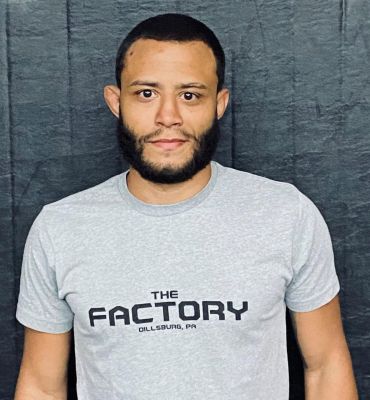 Zach is a 2012 graduate of Northern High School. He was a 4-year starter for the Northern High School Wrestling Team, competing at multiple weight classes during that time. Zach was a 2-Time PIAA State Qualifier and a 1-time PIAA State place finisher placing 5th in the state his senior year. He had over 100 career wins during his time at Northern.  Zach was also a Greco Roman All-American at Fargo his senior year.

After high school Zach wrestled for 1 year at Clarion University. Zach has been an Assistant Wrestling Coach at Trinity High School for the past 4 years. He has a passion for developing wrestlers not only in Folkstyle wrestling but also in the Freestyle and Greco Roman disciplines. He holds a USA Wrestling Bronze coaching Certification.

Zach lives in Dillsburg PA, With his wife Aron, and his 2 children Mya and Axel. He works for H&H Sales Associates in Mechanicsburg as an HVAC Salesman.  Zach is an avid outdoorsman and enjoy hunting and fishing with his family and camping with their dogs Luna and River.

Zach is excited to join the Primus Wrestling Family at The Factory Dillsburg and lead our wrestlers as the Developmental Freestyle and Greco Roman Wrestling Coach.